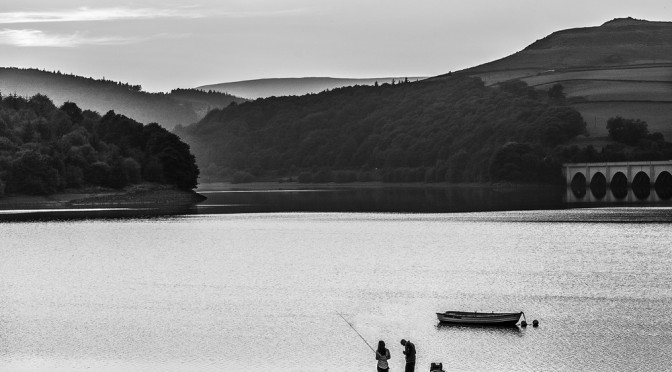 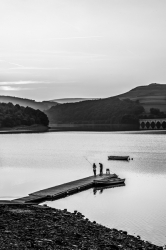 Jil Davies won this month’s competition with a shot of Ladybower reservoir that was taken early one evening just as the sun was going down. Jill feels that the couple on the jetty fishing were an added bonus giving the photo a bit more interest. 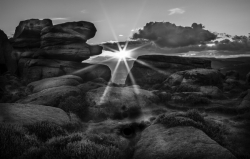 Mike Gibbons came second with this evocative image of a sunset at Mother Cap Rocks in the Perak District. Mike also won the colour competition this month. 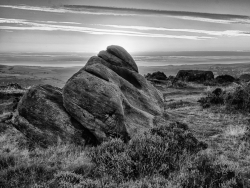 John Newman came third with this image the sun behind a gritstone boulder. This was a very good week for John, as his images also came in second and third place in the colour competition!